Seize the time for real change! 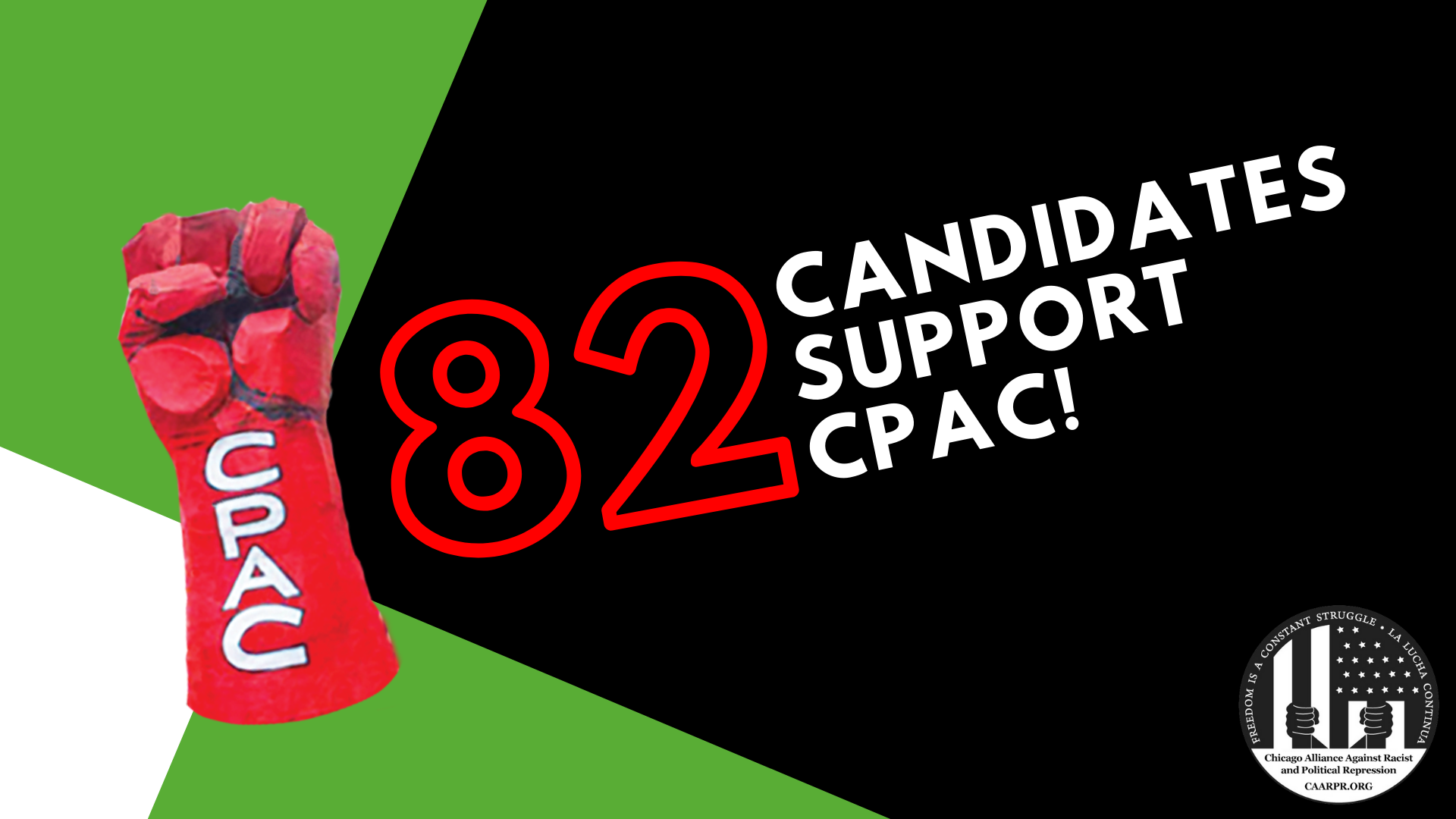 The 2019 Chicago Municipal election can create a breakthrough for the movement for community control of the police and for an end to police crimes. The CPAC banner is now carried by the whole movement.  At least 82 candidates for City Council are committed to CPAC and are running on that platform. Every candidate, whether for Mayor or anything else, will have to answer the question: are you for community control of the police or not?  Are you for CPAC?

While the Alliance, as an organization, does not endorse candidates, as active citizens we have a duty to work for the best outcome.  So we’re asking all our friends, all who believe in the democratic right of the people to decide how and by whom their communities are policed, to get into this fight.  If there’s a CPAC candidate in your Ward, let all your neighbors know, get a yard sign, do whatever you can.  But focus has to be our watchword.

We are not counting post card signatures now. We are counting votes. This is a critical time in our movement where the powers that be are feeling OUR power and the weight behind OUR demand for community control for the police. We've built a movement through mass rallies and organizing- now we're turning up the heat and counting votes. CPAC is NOW capable of turning out voters, and we need YOU to join the fight.

We are committed as individuals to making sure that the CPAC candidates win in this election.  It is especially important for everyone who supports CPAC to do what they can to make sure that Carlos Ramirez-Rosa in the 35th Ward, and Jeanette Taylor in the 20th Ward, win. Rosa has led the eight Council members who previously sponsored CPAC, and he is under ferocious attack by the FOP and the Machine politicians. Both Ramirez-Rosa and Taylor are endorsed by the Chicago Teachers Union and United Working Families.  We urge all our supporters to volunteer to work in their campaigns.  You can call the Rosa campaign at 773-887-3772 or go into the office at 3851 W. Fullerton.  Taylor’s campaign headquarters is at 6636 S. Cottage Grove, and the number is 773-620-9055.

Spend some time in the 35th or the 20th Ward and move this fight for CPAC forward in this election!