The coalitions behind the Civilian Police Accountability Council (CPAC) and Grassroots Alliance for Police  Accountability (GAPA) ordinances have united and created an ordinance to transform policing in Chicago.  The two coalitions represent more than 100 organizations and tens of thousands of people. Hundreds of community members from neighborhoods across the city were directly involved in creating the ordinance that integrates the best thinking on police reform in Chicago and gives Chicago communities a powerful voice in determining what policing looks like. Aldermen who have led efforts for reform have been deeply involved, and the coalitions and aldermanic leaders are working to ensure that there is City Council support for the change Chicago needs.

What Will the Empowering Communities for Public Safety Ordinance Do?

The ordinance will fundamentally transform policing and public safety in Chicago by (1) creating a  Community Commission on Public Safety, (2) creating District Councils, and (3) creating an opportunity for additional democratic reform.

What is the Community Commission on Public Safety?

What are District Councils? 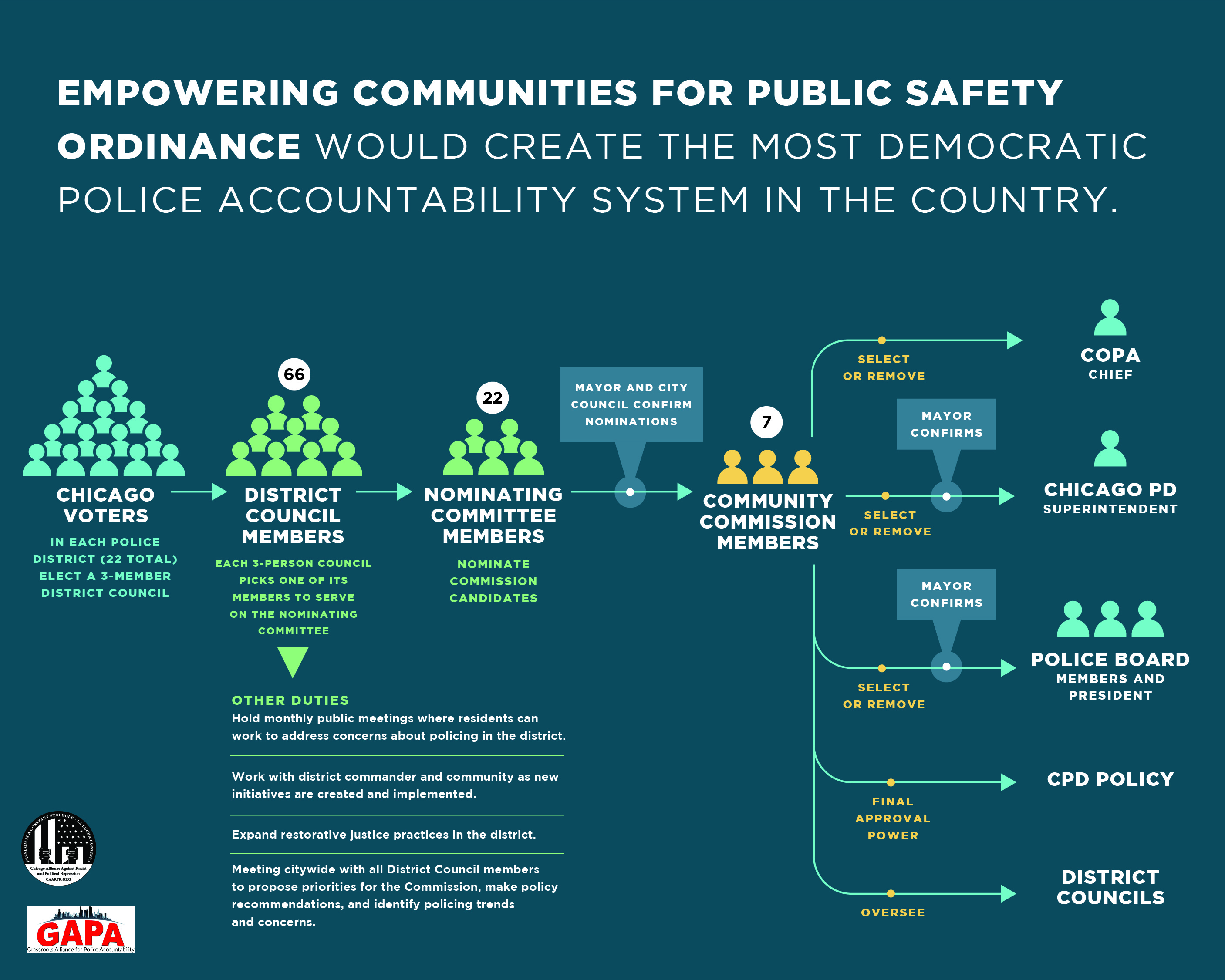 How does the ordinance create an opportunity for additional democratic reform? 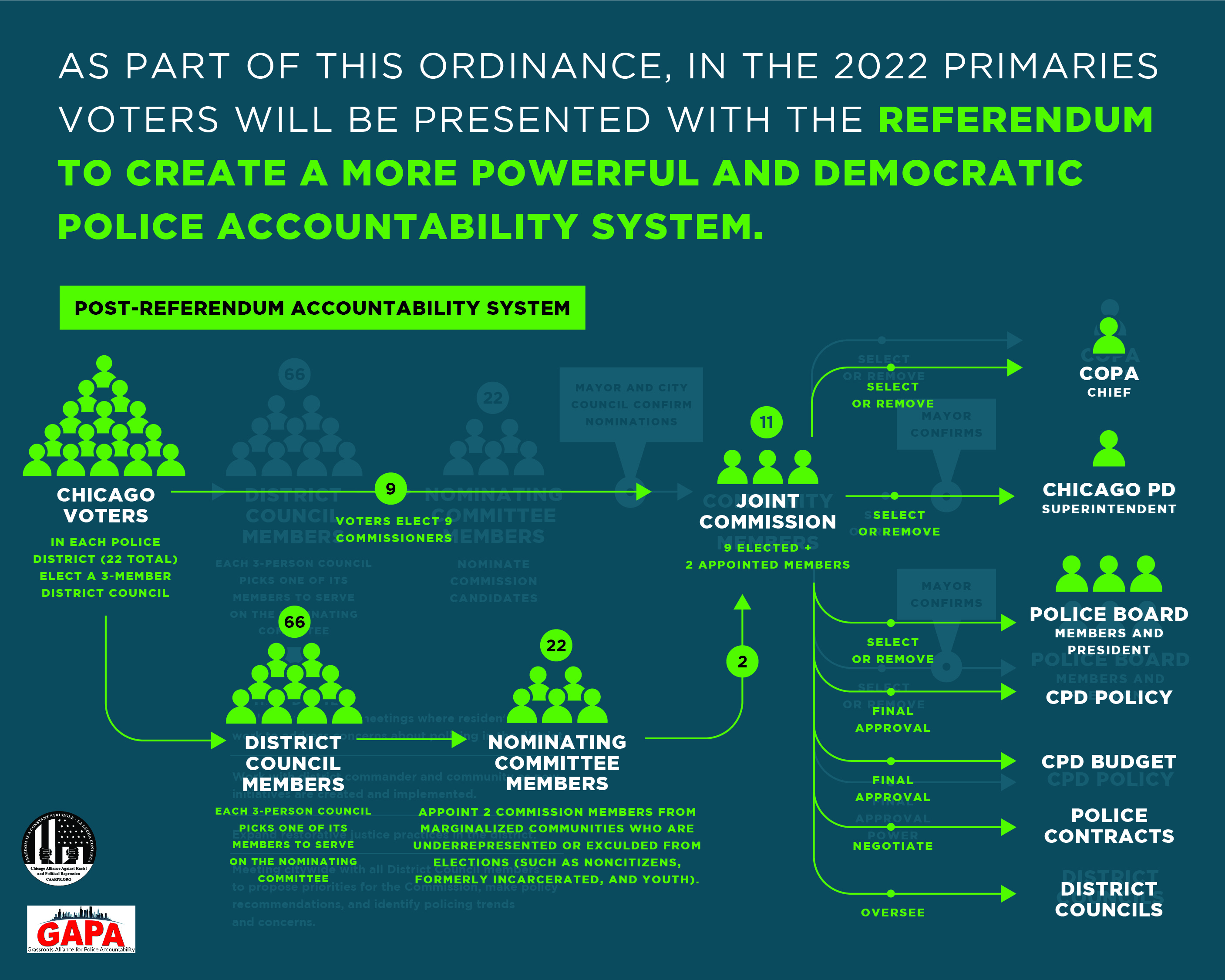 HOW TO TAKE ACTION TO EMPOWER OUR COMMUNITIES:

Aldermen need to hear from you! If you support the right to democratic oversight of the Chicago police, tell your alderperson to stand with communities and ECPS!

We need volunteers like you to help us with these and other activities to support the CPAC legislation.

Learn more about volunteering with the Alliance »