Since 1973, when it was born from the movement to free Angela Davis and all political prisoners, the Chicago Alliance Against Racist and Political Repression has defended the rights of oppressed people in Illinois and around the world.

We defend the civil liberties of workers, activists, and prisoners. We struggle against white supremacy, the prison-industrial complex, and state violence. We demand community control of the police and full representation for Black people and other poor and oppressed people at all levels of government. 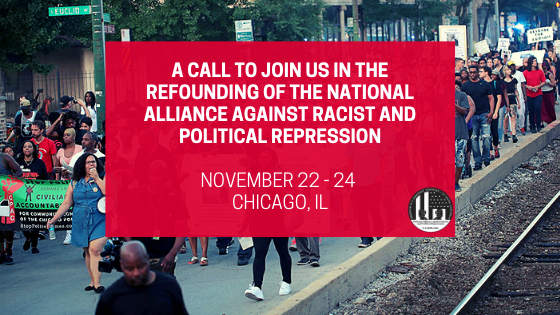 Click here to learn more about the refounding of the National Alliance Against Racist and Political Repression.